LOOKING FOR AN EXCELLENT HOTEL IN JUNEAU?

Downtown Juneau, Alaska, offers a small-town feel but with plentiful attractions to see and delicious food to eat. And one of the best parts is that you can walk through downtown to save on transportation costs and get a close-up view of these historically rich attractions.

And as you travel through downtown, you’ll transition from waterfront attractions to historic churches and business districts. It offers diversity for any traveler no matter their interests.

If you’re coming to Juneau, consider setting aside a minimum of a full day to tour downtown Juneau. Here’s a look at the attractions, historical sites and stunning views you don’t want to miss.

The waterfront offers a tranquil escape from everyday life. Throughout the year, you’ll want to plan to layer up when exploring Juneau’s waterfront because it can get pretty chilly, even during the summer months.

A few things you won’t want to miss include:

You’ll go up 1,800 feet from the cruise ship dock downtown into the rainforest (though Mount Roberts rises 3,819 feet total). While on the tramway, you’ll see panoramic views of Juneau and the Gastineau Channel. And once you’ve completed your ride, you’ll get to say you’ve ridden one of the most vertical tramways in the world.

From these heights, you can see Admiralty Island, Douglas Island, the Chilkat Mountains, downtown Juneau and the Gastineau Channel. The experience comes with a small price tag but is worth the views of the city and surrounding area. And if you want to make the most of your ticket, you can ride up and down a few times since the ticket is good all day long.

For nomads who would rather just explore than schedule their whole vacation, you don’t need reservations in advance to ride the tramway. You can purchase your ticket at any time.

The museum’s exhibits went through a redesign in 2016, making it even more inviting and interesting. You can walk through various eras of Alaska’s history while learning about Alaska’s Native populations.

Learn more about the Russian-American days. One attraction that delights guests is the sailing ship replica that allows you to board the ship to experience what it would be like on a real ship.

More than 10,000 years ago, Alaska’s Native people were the only occupants of the land. Learn more about these tribes through the exhibits. You’ll see how indigenous people in the area create tools for catching salmon and halibut and what they did to protect fish populations. Explore important Native art and so much more.

Since 1980, the Sealaska Heritage Institute has been dedicated to protecting and perpetuating the Tlingit, Haida and Tsimshian cultures.

Full washers and dryers in every suite.

The Governor’s House has been home to 12 governors and their families so far since Alaska became a state in 1959. Before that, territorial governors and a secretary lived in the house, which was built in 1912. The house is a New England colonial that cost $40,000 to build, but is worth far more today.

It features an astounding 14,400 square feet with 35 rooms and 10 bathrooms. It also has six fireplaces, which are all stunning and take you back decades in time. The home has welcomed notable visitors, including President Harding and President Gerald Ford.

You can only see the inside during specific times of the year, but the outside architecture is worth a look if you’re in the area.

St. Nicholas Russian Orthodox Church was built in 1894. It has since been refurbished and earned a listing in the national historic landmarks. One notable thing about this church is that is an octagonal shape. It is home to 18th-century Russian icons and religious relics.

The Cathedral of the Nativity of the Blessed Virgin Mary and former location of the Archdiocese of Anchorage-Juneau was built in 1910 to replace the original church structure built in 1886 to serve the gold mining community.

This large Victorian home built in 1898 was purchased by pioneer Judge James Wickersham. It is listed on the National Register of Historic Places. You can step inside this house during its operating hours, which you can learn about on the Alaska Department of Natural Resources Division of Parks and Outdoor Recreation website.

There are ample options for eating and drinking while in downtown Juneau – so many in fact, that we can’t list them all. But here are a few food options located within historic buildings or that offer unique tourist experiences. 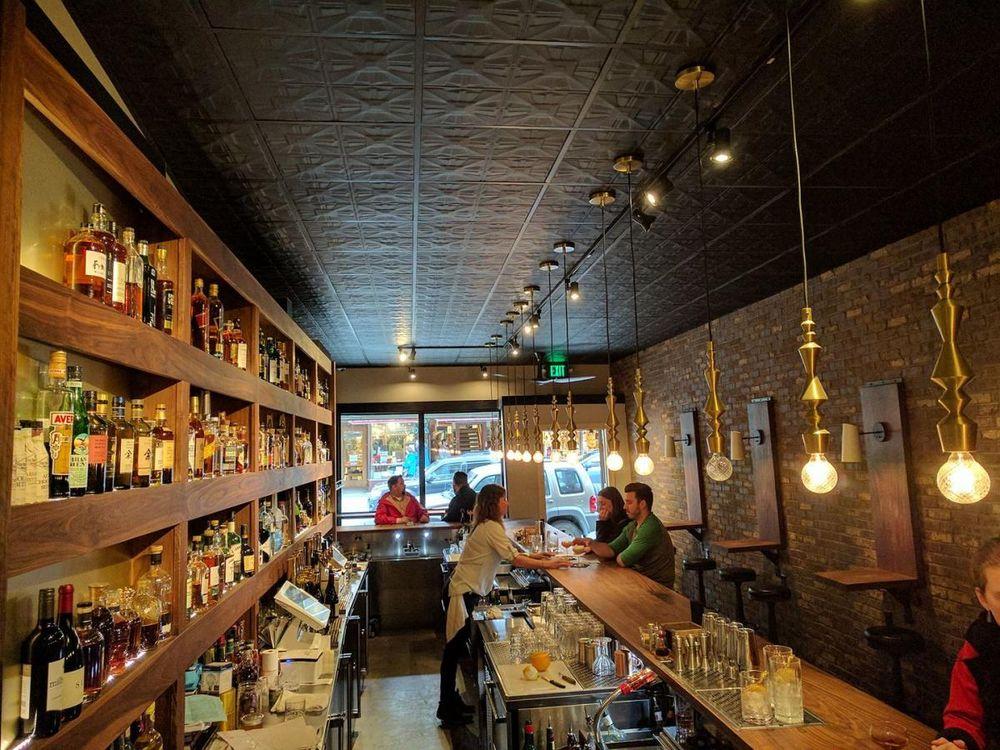 The Emporium Mall is at the location of the former Alaska Steam Laundry. It was built in 1901, but the original building is no longer standing. However, you can see photos of the wood-shingled turret inside Emporium Mall.

The former senate building is now home to many shops. But you can still see its original elegance and neat architecture.

Throughout your exploration of downtown Juneau, be sure to check out these outdoor statues and art displays. The Windfall Fisherman is probably the most iconic and must-see art you’ll find on your downtown tour.

Stay at a Downtown Juneau Hotel

If you plan to spend a great deal of your time downtown during your stay in Juneau, it’s best to book a downtown Juneau hotel. Juneau Hotel is one of the top 7 hotels in Juneau with nice views. Plus, you’ll have a full kitchen and washer and dryer in your hotel suite. Although the hotel is categorized as an extended stay, you can stay for one or more nights. And you’ll be within walking distance of many great attractions.

Book your stay now to get ready for a downtown Juneau experience you’ll love!

LOOKING FOR AN EXCELLENT HOTEL IN JUNEAU?

Do You Need a Car in Juneau Downtown?

You don’t need a car to see all the neat sights in Juneau downtown since it is so walkable. However, you might need ground transportation for these experiences.

Juneau Restaurants for Every Budget and Culinary Interest

Looking for the best Juneau restaurants? This list breaks down the best dining experiences based on price and food type to help you pick a good restaurant.

To find the best excursions, read up on Juneau dog sledding & glacier helicopter tour reviews. Learn which ones are the best.